VeloNews. Bicycling Magazine. IMBA. PeopleForBikes. Have you ever wondered what these organizations–some of the biggest in cycling–have in common? The answer is Tim Blumenthal. Read about his incredible journey and learn more about the man working tirelessly to make bicycling better for us all.

Briefly, tell us your story.

This is my 36th year of fulltime involvement in bicycling. I spent 15 years as a journalist–a writer and editor for Bicycling Magazine, VeloNews, and a racing magazine called Winning. I became the first fulltime employee–the first executive director–of the International Mountain Bicycling Association (IMBA) in 1993. In 2004, I became the president of Bikes Belong, the industry’s advocacy organization that was renamed PeopleForBikes two years ago. Along the way, I’ve squeezed in 7 Summer Olympic Games as a writer and advisor–six for NBC and one for ABC. Whether it’s road racing, road riding, mountain biking, track riding, government relations, tourism or commuting: I feel like I’ve been able to experience it all.

What is it that called you to bicycling? How long have you been riding bikes?

Like just about every American kid in the late 1950s, I started when I was three. I pedaled to elementary school and high school and everywhere around our neighborhood. I delivered afternoon newspapers via bike. The call to bicycling as a career was simply an accident. I ran into the editor in chief of the one and only national cycling publication at a running race. He had read my columns in the local Vermont newspaper and offered me a (better) job. I knew nothing about bike racing, but took it. That was a lucky move.

Tell us about your best day on a bicycle.

After all these years and thousands of rides, picking one is simply impossible. But how ’bout this: my second date with my wife-to-be was a ride around Hamilton, New York, on Peugeot 10-speeds. We had fun. That was 40 years ago this summer and we still ride together.

What triggered your transition from journalism to advocacy?

Bicycling Magazine is owned by Rodale Press. When I started there, the company also owned Backpacker Magazine. At the time, tension between hikers (traditional) and mountain bikers (new) was high and many trails were abruptly closed to bike riders. I worked with Backpacker editors to improve the situation and found myself on the board of directors of a new organization, IMBA. Five years later, IMBA offered me the chance to move to Colorado to accept a great job. One of the key connections between journalism and advocacy is clear communications and strong messaging. I think my journalism days have helped IMBA and PeopleForBikes tell our story, concisely and powerfully. 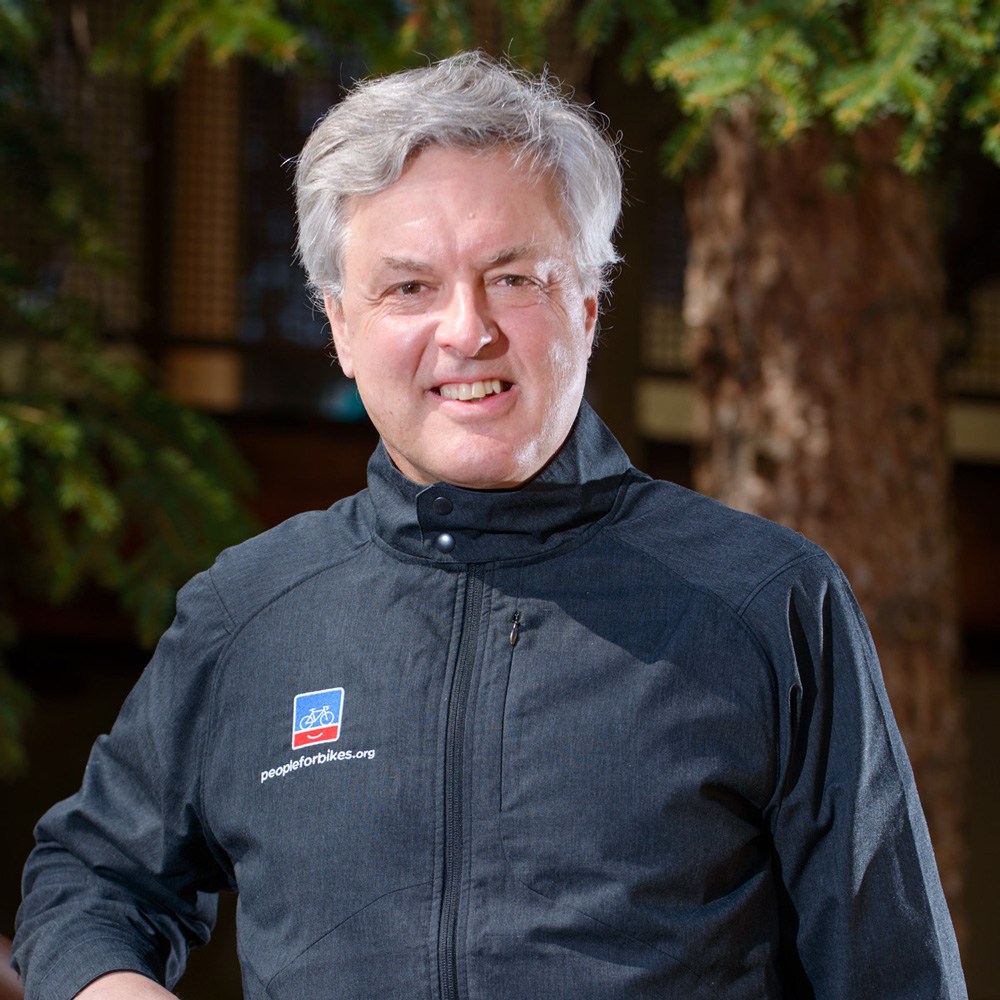 What has been your most rewarding experience?

I like mentoring younger staffers. I’ve probably worked closely with 50 of them. Secondly, I’ve enjoyed all the time I’ve spent in Washington, DC. Despite its reputation, working with Congress, and several Administrations, and a variety of federal agencies has been educational and a privilege.

What has been your inspiration to promote bike advocacy?

When people ride bikes, great things happen. Bicycling is so simple and so universal, and it’s a solution to so many of the problems we face. I feel so lucky to represent bicycling and to work to make it better.

What is the vision behind People for Bikes and how is it being received?

PeopleForBikes focuses on two things: places to bike, and people to support those places. We want everyone to be able to ride close to home and work on pavement and dirt that is safe and appealing. Too many people don’t have these opportunities now. That’s why our grassroots PeopleForBikes political army is so important. More than one million Americans have signed on. As this element of our organization continues to grow, we’ll become more powerful and more effective in making bike riding better for everyone. It’s a simple concept, and it will work.

I don’t have a perfect day concept. But much of it would be spent outside and would involve some type of bike riding, a good meal, a glass of wine with friends, and definitely, a sunset.

Tell us about your best adventure while traveling.

My life has been one non-stop adventure. Could probably write a book. Here’s one. I was on a Trek Travel trip in Normandy, France, riding lightly traveled roads with an amazing group of people and visiting the D-Day battlefields of World War II. Right in the middle of the trip, I got called to Chicago to represent the bike industry at a fundraiser for then presidential candidate Barack Obama. I rushed to Paris, but arrived way too late to make my flight. I thought I was done, until I told the check-in agents why I needed to get to Chicago. “Why didn’t you say so?” they exclaimed, as they rushed me through security and into a business class seat. Eight hours later, I was in Men’s Wearhouse in Chicago buying a suit, a shirt, a tie, and appropriate shoes. The meeting went well. I’ve got even better stories involving President Bush and bicycling.

Which Trek Travel trip is top on your bucket list and why?

It would probably be Croatia and the Dalmatian Coast. We learned about it from Trek Travel and went there one summer. Amazing islands: beautiful water. Really cool. I’d love to go back and ride more. 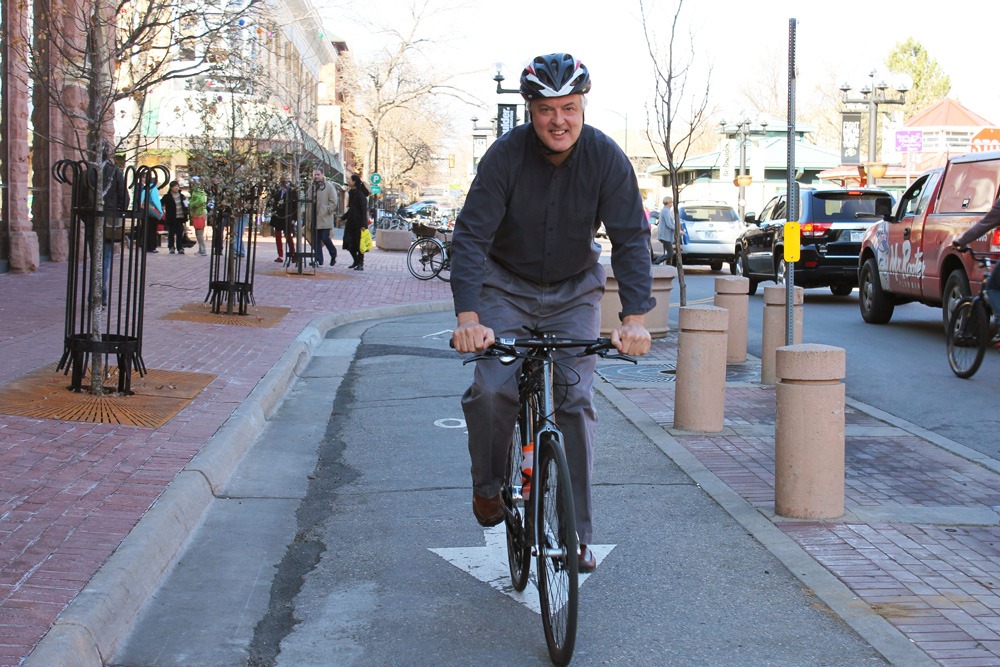