Stories / Life of a Guide: You Carried What!?

Life of a Guide: You Carried What!?

Both our guides and our staff love to ride bikes, whether they are on trip or at home. Sometimes, their adventures lead to some pretty wacky situations. Three of our team members share some of their favorite memories carrying something a little crazy by bike.

“I was on a morning ride with a guide and coworker from the Trek Travel office, doing one of my favorite loops near my house. On our way out of town, we spotted Mr. Bear for sale at a garage sale. It was starting to drizzle, but I said if he was still there on our way back, I would buy him and take him home. As we rode back up the road, sure enough, there he was. So, 14 bucks later, he was strapped to my back with my cycling jacket as we completed the final few miles (and hills) towards home. Today, Mr. Bear is loving life at the Trek Travel office as our unofficial mascot.”
– Brie 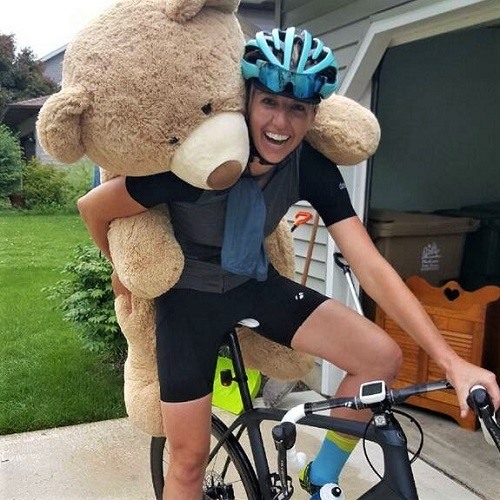 “On the second day of our Gravel Ride Camp in 2019, we were going on a memorable picnic on the beach in Platja de l’Estartit. ‘Epicness’ is the word I would use to describe the activity! Eating bocadillos in front of Medes Islands was the perfect lunch spot for our Ride Campers. My fellow guide Miqui and I set up an awesome spot right on the sea front, and we even had a guest go for a swim (in November!). The only way to bring everything through the sand was with a bike trailer and a bit of will. We loaded all of our supplies, from food and coolers to chairs and garbage cans, onto the bike trailer. It was a ton to pull, but it ended in one of the most awesome trips ever.”
-Thomas 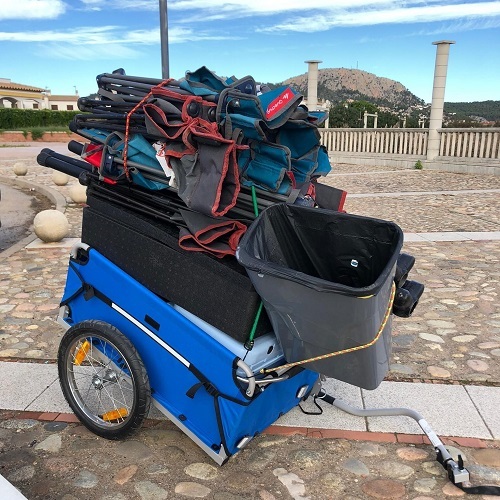 “There’s nothing like friends, music, and bicycles. Those were the basics when I was in college in Mexico (besides studying and getting good grades of course!). One day, a friend offered his house for a party, but we needed a bigger stereo system. Another friend said we could have an old stereo he was getting rid of. But to move it, I needed to use my bike. After carefully placing the stereo in my bike racks, I began my ride across town. People initially looked very confused when they saw a bicycle with a stereo system in the back, but there were smiles everywhere. Looking back, I wish I had a way to power it and blast some music as I rode.”
-Diego 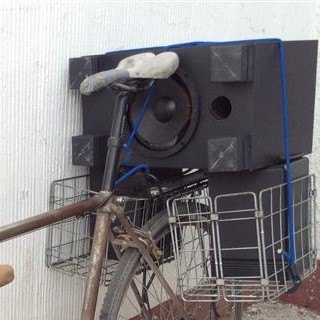 Want to see our guides in action?

Join us on a Trip