As the public relations and media manager for Trek Factory Racing, Tim Vanderjeugd is essentially the eyes and ears of the team at races. He is the director of communications, the team’s spokesperson, and first line of contact for media. Traveling over 180 days a year, learn more about Tim’s life on the road with professional cyclists.

Tell us your story.
I’m a former sport and travel journalist and photographer, and joined the world of professional cycling as press officer in 2011 with Leopard Trek. I’m from cycling-crazed Belgium and live only a couple of pedal strokes away from the steep Kemmelberg that fans of cycling will definitely know.

How long have you been riding bikes? What is it that called you to cycling?
I have been riding bikes since I was a little boy. Very early on kids learn how to ride bikes in my country and I was six years old went I started riding to school every day on my own. I was doing track and field all my adolescent life so riding mountain bikes and race bikes was not a major part of my life until I got my Masters in literature and linguistics. I picked up mountain biking and then very quickly also bought my first race bike.

Tell us about your best day on a bicycle?
My best day on a bike would be somewhere ‘out there’. I have amazing memories from my bike holidays in Corsica, Iceland and Senegal. When you travel with all your luggage on your bike, the suffering is immense but so incredibly rewarding. I can’t wait to take on another adventure. I’d like to go back to Argentina, but this time by bike! Or to New Zealand. Or to the Pacific Coast in the US. Or so many more destinations! 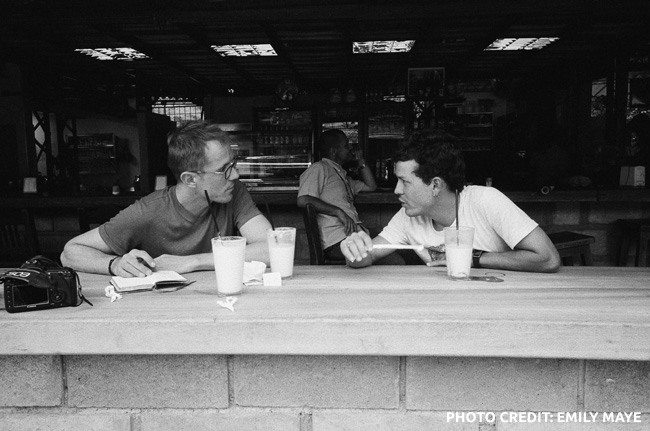 What inspired you to become a journalist?
The stories. I believe everyone has a great story. It’s just a matter of asking the right questions. I love my job as a press officer too. It’s different, but in a way I make sure that the riders’ stories get told, through the media but more and more directly to the fans. This season we have started our #BehindTheStripes stories where photographer Emily Maye and myself visit the riders in their homes, to show their lives to the fans in a context outside of racing. We get to see what they have to leave behind when they travel because often we overlook the costs their families must bear. Everyone at TFR, riders and staff, took a different road to get where we stand now. This variety of stories is what makes TFR such a beautiful family.

What is the vision behind Trek Factory Racing and how is it being received?
Well, we live in an amazing time where we can reach fans in the fastest and easiest ways imaginable. The fans love our communication, they send us very positive feedback. We will keep on trying to surprise them and bring the stories of TFR to their doorstep, because what would cycling be without its fans?

You speak seven languages. What excites you about learning a new language?
Speaking a language is a privilege. It’s wealth that can’t be taken from you. Being able to speak a language with someone is unlocking a door to a whole new world. Besides this cultural approach, I am very interested in language specific things like grammar and phonetics and this helps me to learn a new language. I’m taking on Portuguese now. 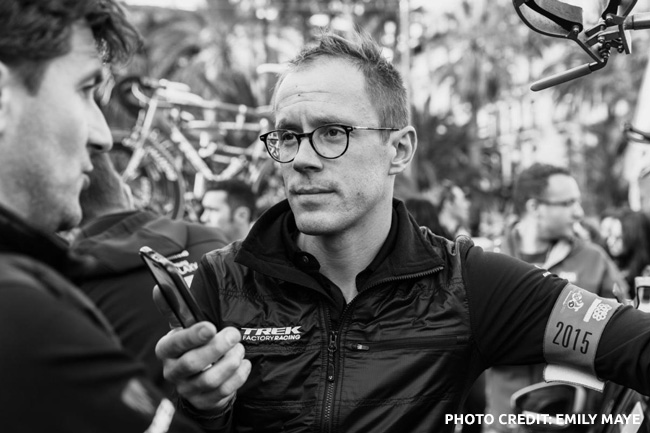 You spend over 180 days on the road each year. What is your favorite destination and why?
That would probably be Italy. It’s just the most beautiful place in the world: the cities, the countryside, the food, the fans of cycling. There are many things that the country could improve on, but there’s even more things that make me fall in love with it every time I go there.

Tell us about your best adventure from the road.
Life on the road is a constant adventure. A lot of it is efficiently solving problems, because there’s not a day when there’s not a little something that needs mending. That’s the part I like most about my job. A great example is when we were doing the home visit to Julian Arredondo on the weekend of the National Championships in Colombia. It was the most ‘exotic’ time on the road, I think. I ended up being Julian’s mechanic for the day. Our driver had never been in a race before. It was one of those days without a script.

What are the five must-do’s while traveling in Belgium?
Visit Ghent to experience the perfect blend between the old city vibes and a very energetic urban energy. Take a day trip to Ieper and its surroundings to learn about the First World War and the atrocities mankind is capable of. Explore the Ardennes by mountain bike. Ride your bike around Oudenaarde and learn what it is to ride on cobbles. And finish up in Antwerp for some great shopping, live music and dining. If you feel adventurous, do the same things in Brussels. It’s a little more hidden in alleys and supposedly shady neighborhoods, but it’s worth it!

What does your perfect day look like?
It would include coffee in the morning and red wine at night. Bikes would be in it, though there’s no need to ride five hours. A good debate/discussion with friends about life or love – possibly with the before mentioned red wine at hand. There would need to be live music and lots of great food. All of this could be anywhere in the world, but preferably somewhere spectacular and memorable. Oh, and there should be an éclair in it too! I love éclairs! 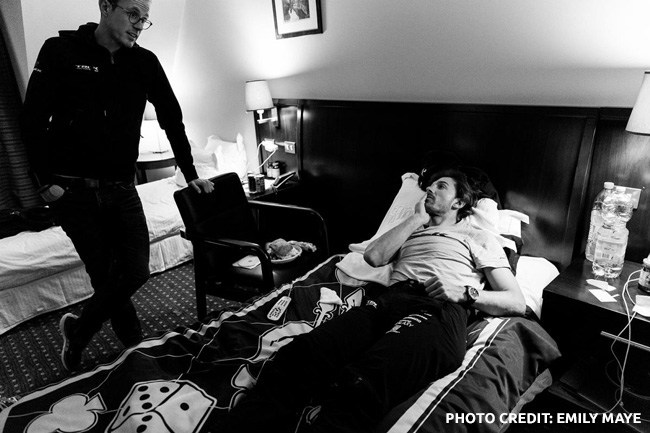