You’ve seen the photos. Riders throwing their hands in the air as they cross the finish line. The dust covered peloton crushing the cobbles of Roubaix. But have you ever wondered who’s lucky enough to experience all the biggest moments from the best vantage point? Graham Watson has spent three decades documenting the sport and capturing races from the back of a motorbike. The pain, the glory, the determination and the heartbreak — nothing is safe from lens of cycling’s most famous photographer. 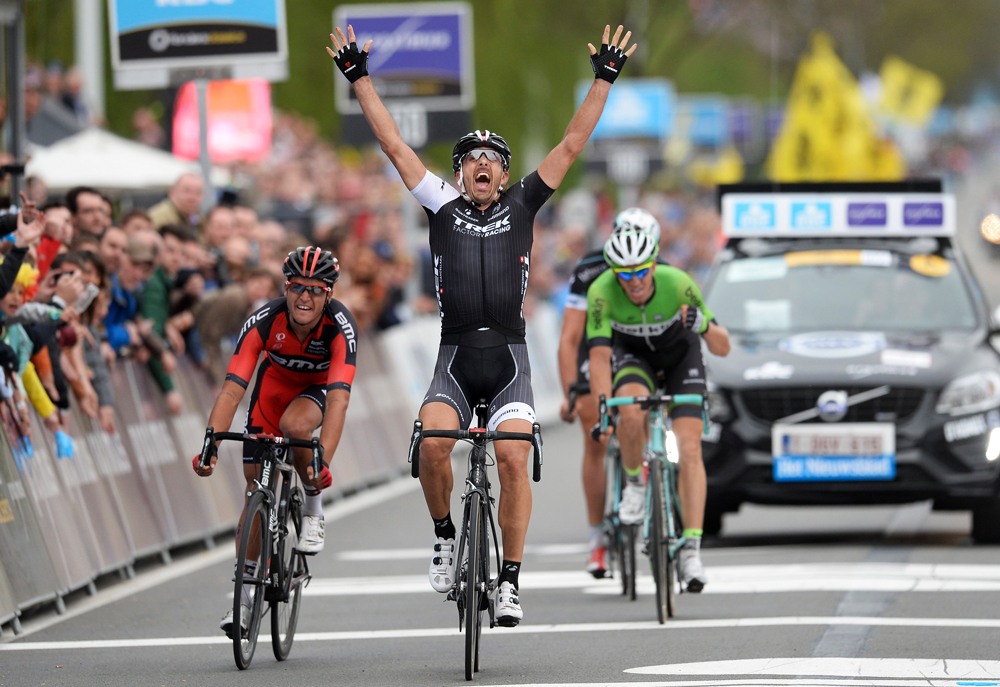 Tell us your story. What inspired you to pursue a career in photography? How did you get started in the cycling industry?

To be honest, I was so uninterested in studying at high school in London that by the time it came to leave at age 16, in 1972, most ‘normal’ careers were beyond my reach — and photography seemed like a nicer way to make a living anyway. I took a job in a ‘high-end’ portrait studio in central London, then bought a bicycle for the commute as I was only getting paid about $15 a week and couldn’t afford the train fare. I became a club racing-cyclist because of the daily mileage, then discovered the Tour de France on a visit to Paris in 1977. The rest is history. I sensed the adventures to be had by becoming a cycling photographer.

What is the most challenging aspect of photographing cycling?

I think it is the expense and logistics of travel. Cycling is most definitely a worldwide sport and you have to be in it 100-percent or you are wasting your time, hence a lot of traveling and little or no contact with family and friends for months on end. These days, you need a lot of clients to fund your travel, as few magazines or agencies have the cash to pay expenses. More clients means more income, and it can snowball even bigger too. But in turn there’s a long workflow each and every day. Such challenges, however, are more than compensated by achieving a lifestyle like no other.

What is your favorite race to photograph and why?

Paris-Roubaix is my favorite one-day race. It’s the maddest, fastest, most crazy day of the year. A race where good photography is guaranteed. I like a stage-race like the Tour de Romandie, or the Giro d’Italia – both are much quieter than the Tour de France and take place when there’s snow on the mountains, plenty of greenery in the valleys, and many fresh legs in the peloton too. 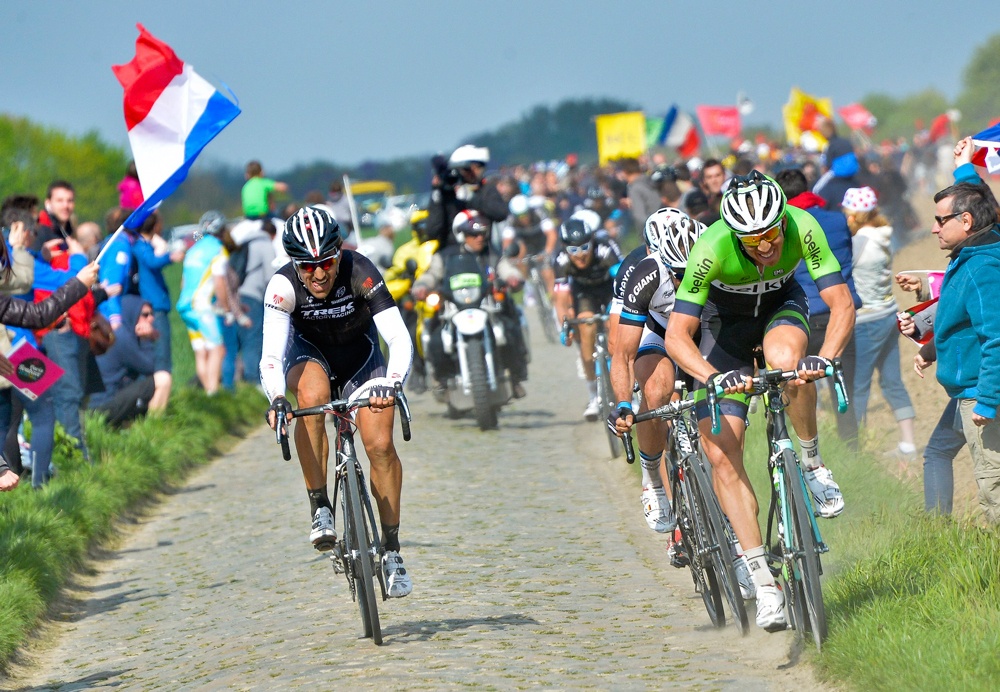 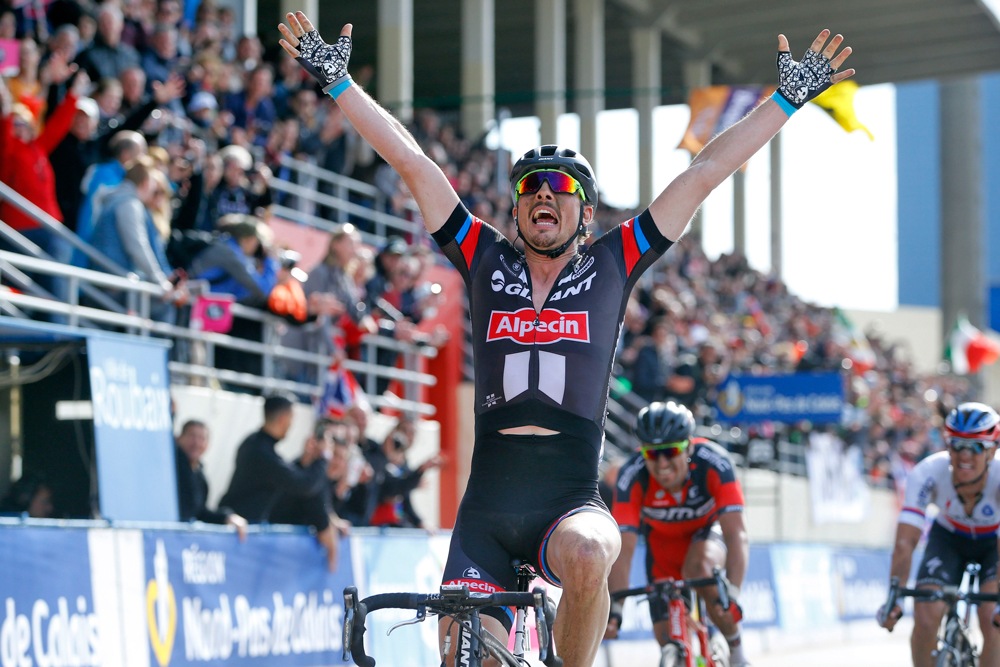 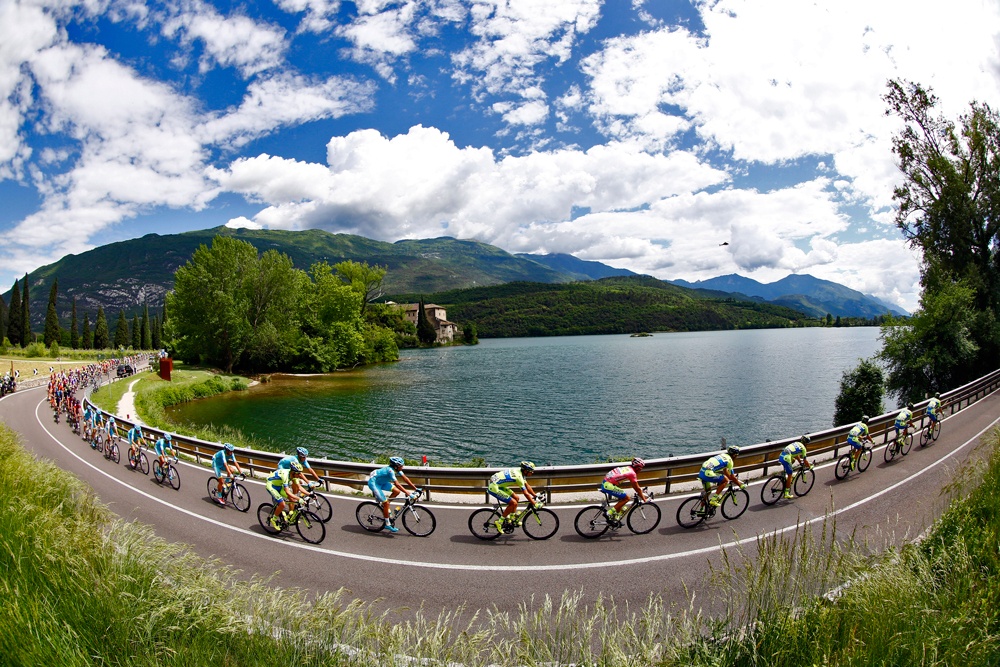 Tell us about your typical day at the Tour de France.

Depending on how much wine one drank the evening before, and therefore how much caffeine is needed to recover over breakfast, I’ll try to be at the start about two hours early to settle down and discuss the coming stage with my moto-driver. I’ll study the ‘race manual’ to identify scenic locations, and to anticipate the racing to-come – both aspects influence how I’ll photograph the stage. I like to leave behind the peloton unless there’s a definite chance of an early scenery shot. Leaving in the wake of the peloton allows me to get some early action shots of cyclists fiddling with their bikes or their clothing, and to see the race unwind too. You can predict a lot about what might happen later because of the early action. And you get to see if any of the big names are still as strong, as each day goes by – or are they getting weaker? Anticipation is everything in a sport and environment that is so beyond one’s control – anything can happen and often does, and being behind the peloton is the best place to observe. Once the racing unfolds, and once an escape has gotten clear, I make a decision as to when we pass the peloton, when we get far ahead in the search of that perfect scenery shot, and also when I need to start shooting the escape or the front of the peloton. Because a client like Trek needs 6-8 action shots of its riders each day, I have to guess the best way of doing this – to stop on a corner or on a descent, or just try to do some passing shots when we are crossing the peloton. It is quite hard to pick out individual riders from a 200-man peloton, but by the time the Tour starts I will already have photographed the team for the past six months, so I can see them from a long way off. In the Tour, the racing really starts in the last 90-minutes, and by this point I have to give up scenery and individual action shots and just photograph the race. It is the quickest 90-minutes I’ll ever experience! Before one knows it, the stage is over, the podium has taken place, and photographers like me are buried in their post-stage workflow. Three hours work is a minimum period post-stage, and by then it’s off to the hotel and trying to beat the annoyingly French tradition of closing the restaurants at 9pm. Behind the glamour of working the Tour and the supposed flirtation with French gastronomy is a reality that sees most of us eating in a fast-food outlet at least twice a week. 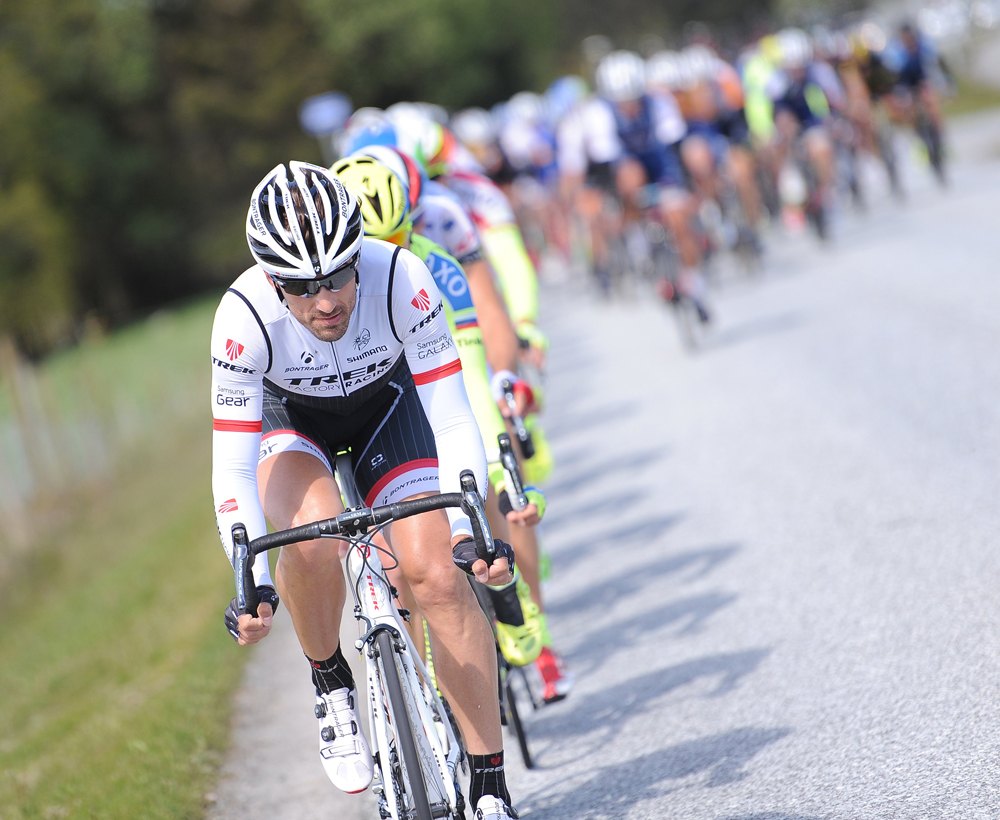 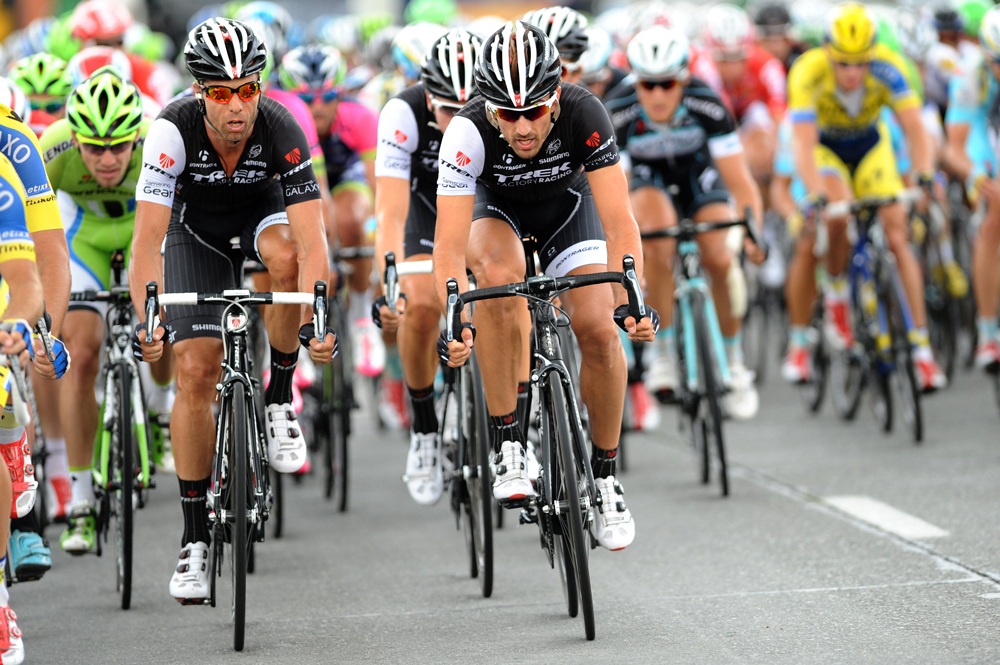 Describe your favorite moment that you’ve captured on camera.

After a 35-year-career, I think it came in this year’s Giro d’Italia! Richie Porte suffered a flat tire on Stage 10 and a rival teammate stopped to give him his front wheel. Such assistance was unheard of, and certainly something I’d never seen, let alone photographed. My images showed a true act of sportsmanship, which moved me greatly. Yet Simon Clarke and Richie had unknowingly broken the rules, and my images went around the world on Twitter and helped get them both fined and penalized on-time. We all had a good laugh a few days later, but I’ll remember those images for a long time to come. 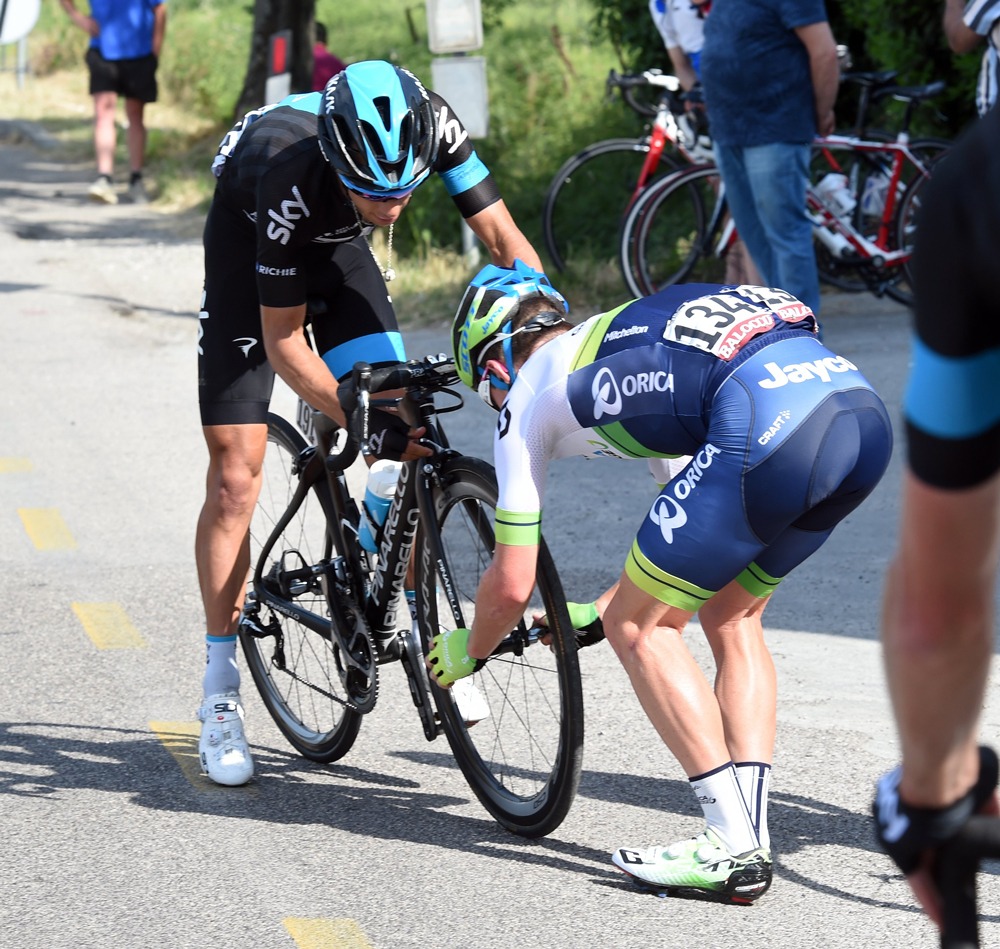 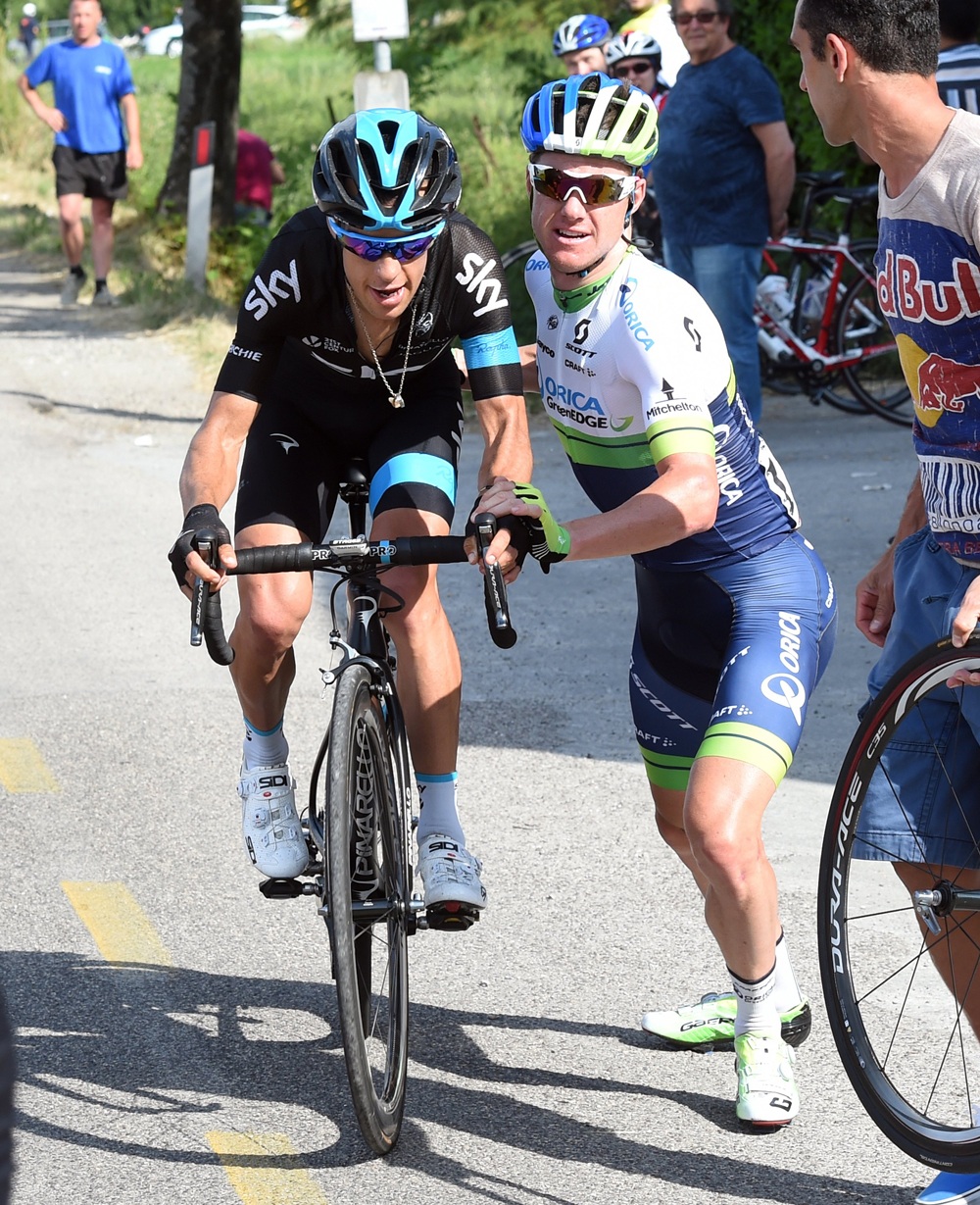 What tips would you give aspiring photographers?

It’s hard to give advice without knowing the photographer or knowing the extent of his or her equipment. So I always suggest to keep things simple at first, using one camera body with one lens until their experience grows. It’s important and advantageous to know as much about your sport as is possible – this gives you a huge advantage over other non-cycling specialists. Always see the sport as a bigger thing than just sport. Cycling is a beautiful vocation, so make sure you also show the beauty of the sport as well as capturing those crisp action shots. Finally, a major issue in this day and age, take care not to get in the way of the cyclists. Keep in to the curb as much as you can, because a Tour peloton uses every inch of the road and they don’t take prisoners.

You have traveled the globe for work. Do you have a favorite vacation destination? What excites you most about this part of the world?

Switzerland is a place I can go back to time and time again. Its lakes and mountains make it the most beautiful country in Europe I think. And it is also a fantastic adventure playground. For all the same reasons, I love New Zealand too – a version of Switzerland in the southern hemisphere. But to be honest, I love all the places my ‘business’ takes me to – from Flanders to the Dolomites to Paris to central Spain to the Netherlands to Tuscany to Provence – and I always want to go back when there’s no work to be done. 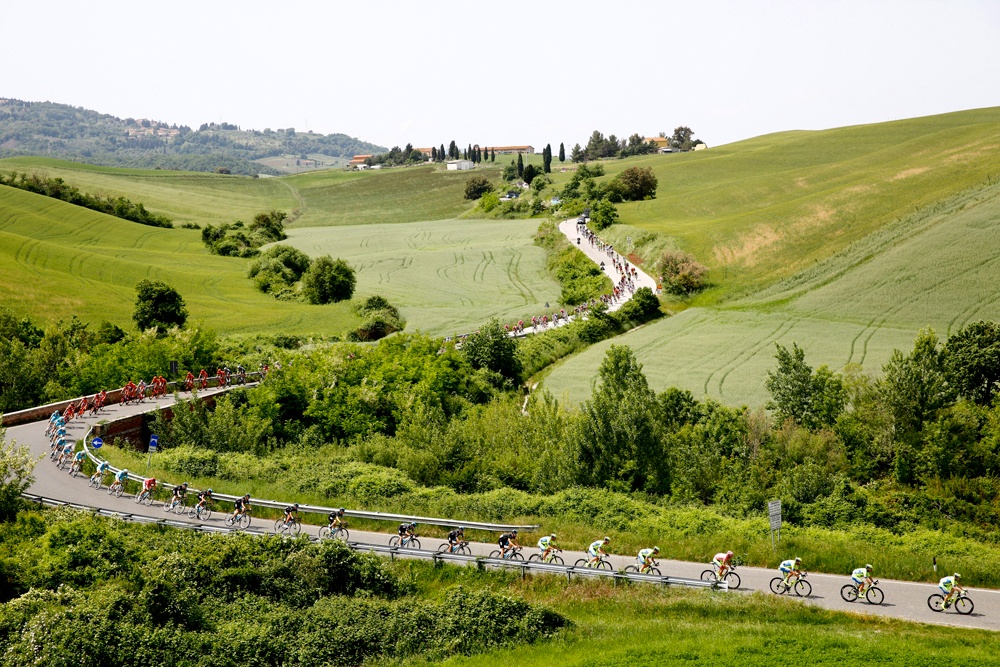 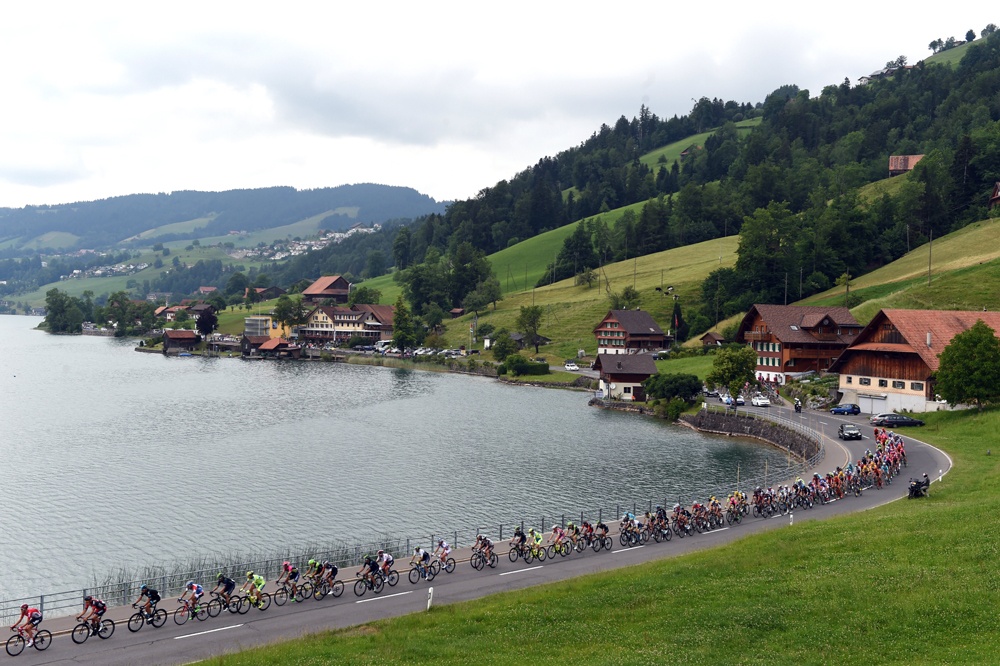