Don’t get us wrong, we love finding unbelievable roads to cruise along. But our fast descents, winding turns, big climbs and scenic mountain passes aren’t confined to pavement. The fun keeps going when we veer off into the dirt. This rider knows that all too well. Meet Tracy Moseley, mountain bike pro racer, downhill specialist, Worcester-native and special guest on our upcoming Norway mountain bike tour. We caught up with her to learn more about the real T-Mo behind the handlebars. 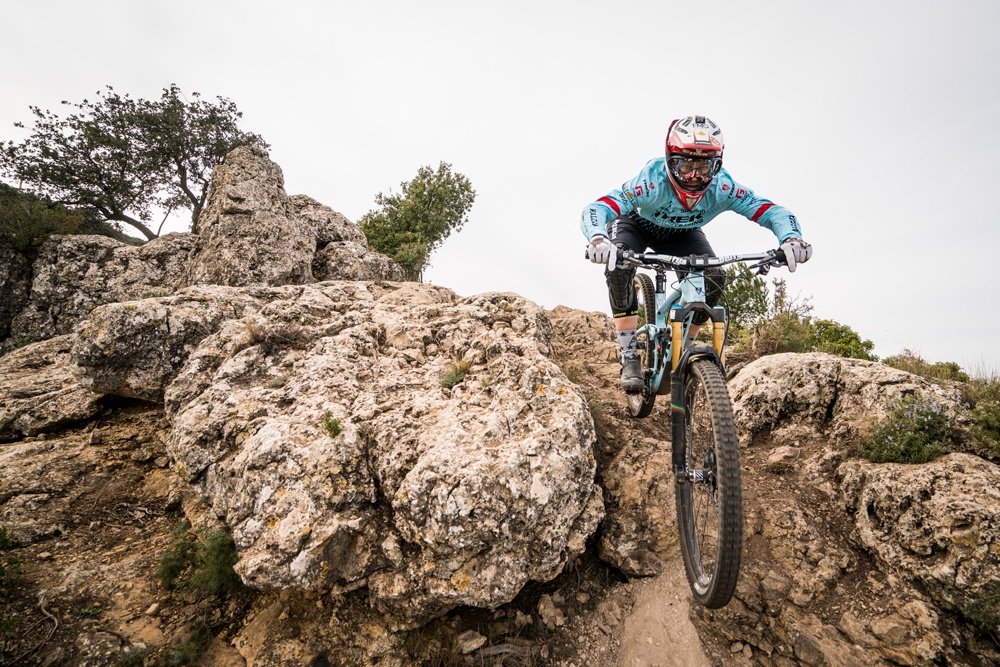 What are you excited about most in your Trek Travel trip to Norway?

I have always wanted to ride my bike in Norway as the pictures I have seen always look amazing, so I am just excited to get the opportunity to visit this beautiful country and to experience a Trek Travel trip!!

What have you been up to this winter?

I have had a really busy winter as I have been transitioning from a full-time bike racer into a brand ambassador for Trek Bikes and many of my other sponsors too. I have been doing more coaching, talking at events and shows and planning some fun adventures for 2017!

What does your 2017 schedule look like at the moment? Races, trips planned, special projects, etc.

I am going to be doing a great mix of races, coaching with the British Cycling XC team and some kids camps at home on my parents farm, alongside attending a number of events across the World for Trek and my other sponsors. 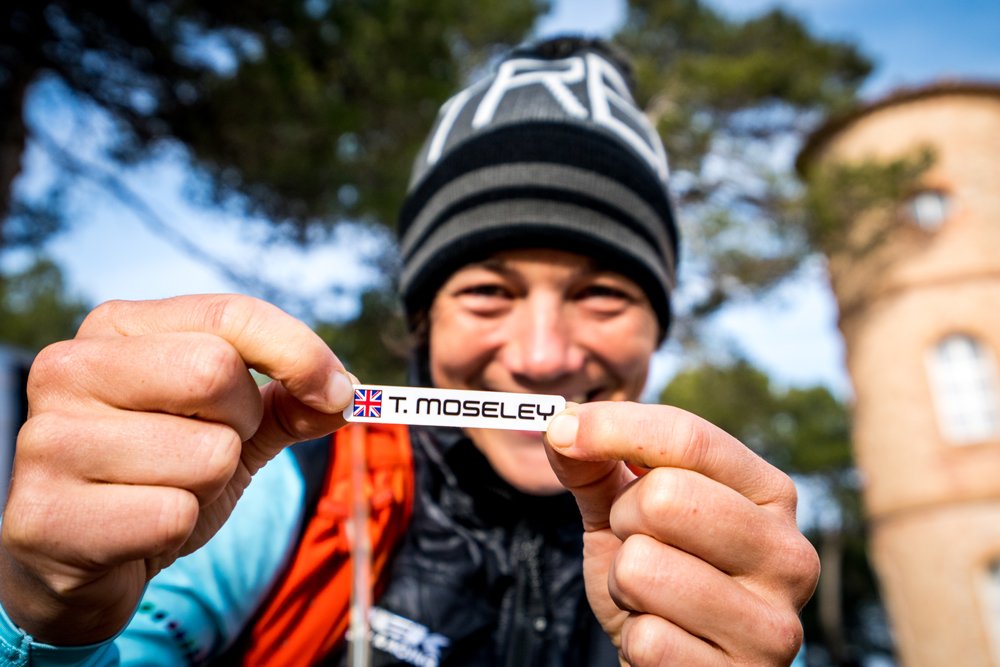 Tell us a little bit about your history with Trek?

I have been riding for Trek since 2009 when I joined the Trek World Racing downhill team. I had 3 amazing years winning the Downhill World Championship title in 2010 and the World Cup Overall in 2011. I then set up my own team T-MO racing with the support of Trek UK in 2012 as I retired from DH racing and wanted to have a go at some different disciplines. In 2013, I raced the first season of World Enduro and became World Champion. In 2014, Trek set up a Factory Enduro team and I joined back on a Trek Factory Team and won two more World Enduro titles in 2014 & 2015! I am now trying to retire from racing and have stepped into the role of ambassador for Trek to continue to be involved in the industry with product development and encouraging more people to discover the love for bike riding.

What bike are you currently riding most?

I ride my Trek Fuel EX 20 mostly as it’s such a great all round bike for the terrain I have close to my home.

Where did you grow up and where do you currently live?

I grew up on a dairy farm just outside Malvern, in the UK. I still live there!

Tell us a little bit about the time that you discovered that your life would be about riding mountain bikes.

I think that it has taken me many years to discover that my life would be about riding bikes as it was never my plan or dream, it just seems to have evolved from a kid that used to do a few bike races that her brother was going to, to someone who found a natural talent for a sport and decided to give it a go for a few years, to become someone who now loves riding bikes, far beyond the competition and now will spend the rest of my life with bikes very much at the centre and with such a passion for the sport that I want to share the amazing joy and life that bikes can bring to everyone. It’s been a 20-year journey that I feel has really only just begun…

My most memorable day on a bike for me will always be the day I won my first World Championship title in DH in 2010. Pulling that rainbow jersey over my head on the podium and listening to the National Anthem of Great Britain playing for me was just incredible…nothing will ever beat that, after so many years of dreaming of it!! 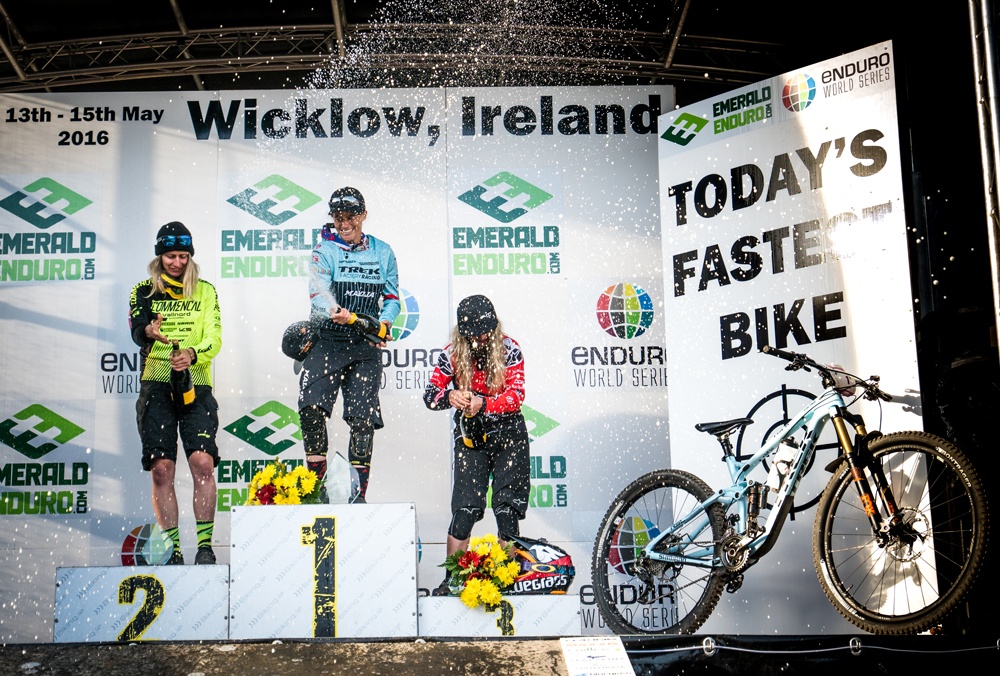 Window always so I can take my pillow and sleep!

Neither, can stand the taste of either.

Place you’ve never been that you want to go. Why?

Galapagos Islands, as I would love to see all the amazing animals only found there.

If not riding bikes for a living, what would you be doing?

I am terrible with music and just listen to whatever is playing on the radio!

Who should we be following on Instagram that we’re probably not?

Lorraine Troung – fellow enduro racer who is going through a long rehab process after crashing two years ago at a race and suffering from a traumatic brain injury…such an amazing rider, lovely person and someone who is going to go on to inspire and educate us all about concussion and its effects in our sport. @lorrainetruong

Trek Travel trip other than Norway that you’d like to go on.

Vietnam and Cambodia as they are places I have never had chance to visit and would love to, especially if I can take my bike!!

Ride with Tracy in Norway. 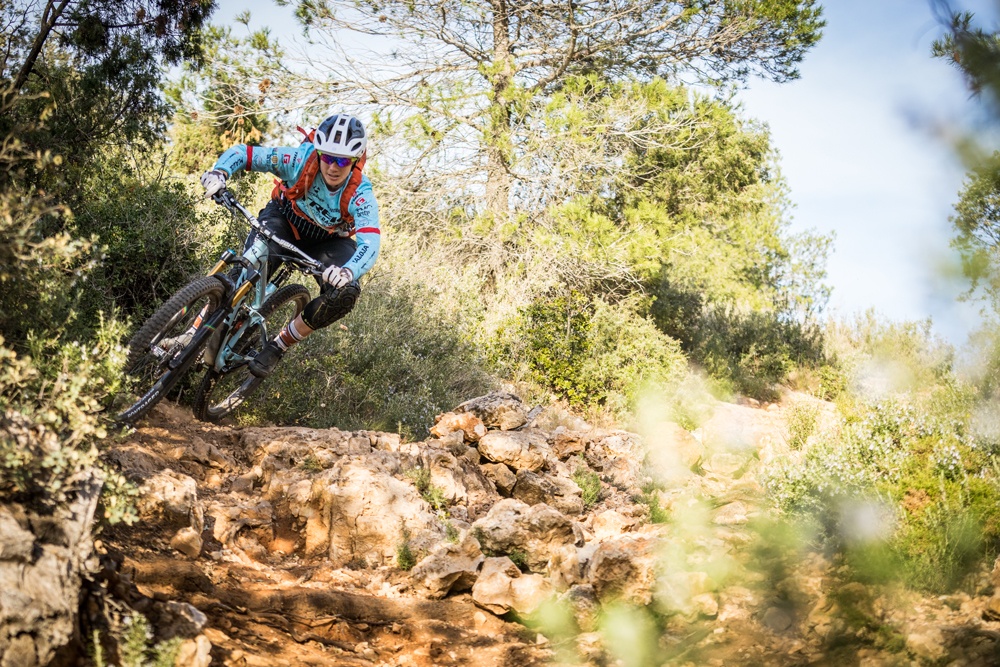