Quiet roads, views of heather-clad mountains, some testing climbs, and superb descents through Scotland’s most spectacular landscapes all conspire to romance your heart and challenge your legs. Hear from Highlands local Craig Little about his favorite parts of our Scotland adventure and his opinion on the ever-elusive Nessie.

Tell us a little about yourself, how did you end up as an adventure travel guide?

I was born in Inverness, which is the capital of the Highlands and lived here until I was 18. Since then I have lived in Edinburgh for University and work, and for the last five years, I have been lucky enough to call Aviemore and Cairngorms National Park home for the last 5 years.
I have been working as a guide for eight years. I have lost count of how may trips I have guided and worked on in Scotland. My main passion and most of my work has been on road bike trips, but from time to time I dabble on the mountain bike.

What has been your favorite part of the gig so far?

I think my favorite part of guiding trips is knowing what is around the next corner and letting the guests discover it for themselves for the first time. I love to hear the “wow’s” and see the wide-eyed “look at that” expressions. It always make me smile.

I also love being able to share our country with travelers who have never experienced it before. There are so many cool places to see and discover in Scotland and the work has allowed me to visit a range of places, beaches, castles, and distilleries that I probably wouldn’t have visited if I sat in an office all day long. A lot of my friends think it’s a little crazy that I get paid to ride my bike for a job, and I guess they are just a little jealous!

Is there an especially memorable story from your travels that you find yourself telling again and again?
I once led a tour on the Isle of Arran, which is my favorite Scottish Island. We were standing outside the distillery having just enjoyed a four kilometer descent into the village of Lochranza. I was telling the group a story about how the local distillery was built and that during the construction of the distillery, a pair of Golden Eagles built their nest on a cliff near the it; since Golden Eagles are a protected species, the construction of the distillery was temporarily halted.

At that moment one of the clients interrupted me to point out the two eagles soaring above us. I couldn’t have scripted it! To this day the bottles produced on Arran carry the Eagle symbol on the front.

What’s your favorite day of our Scotland itinerary and why?
This is a tough question, but I think I have to go with day three, where you climb over the old military road and then have the 20% climb over Corgarff, followed by the awesome descent from the Lecht Ski Cente to Tomintoul. This is one of the highest roads in the whole of the UK. You then have a quick pit stop here and a visit to the Whisky Castle is a must, they have over 500 different types of whisky here.

The day is finished at a distillery for a tour and a tasting, before arriving at our accommodation, which has a great whisky bar and also a really cool bar with a great selection of Gin and local ales. It’s a tough day in the saddle followed by a great reward at the end of the day. 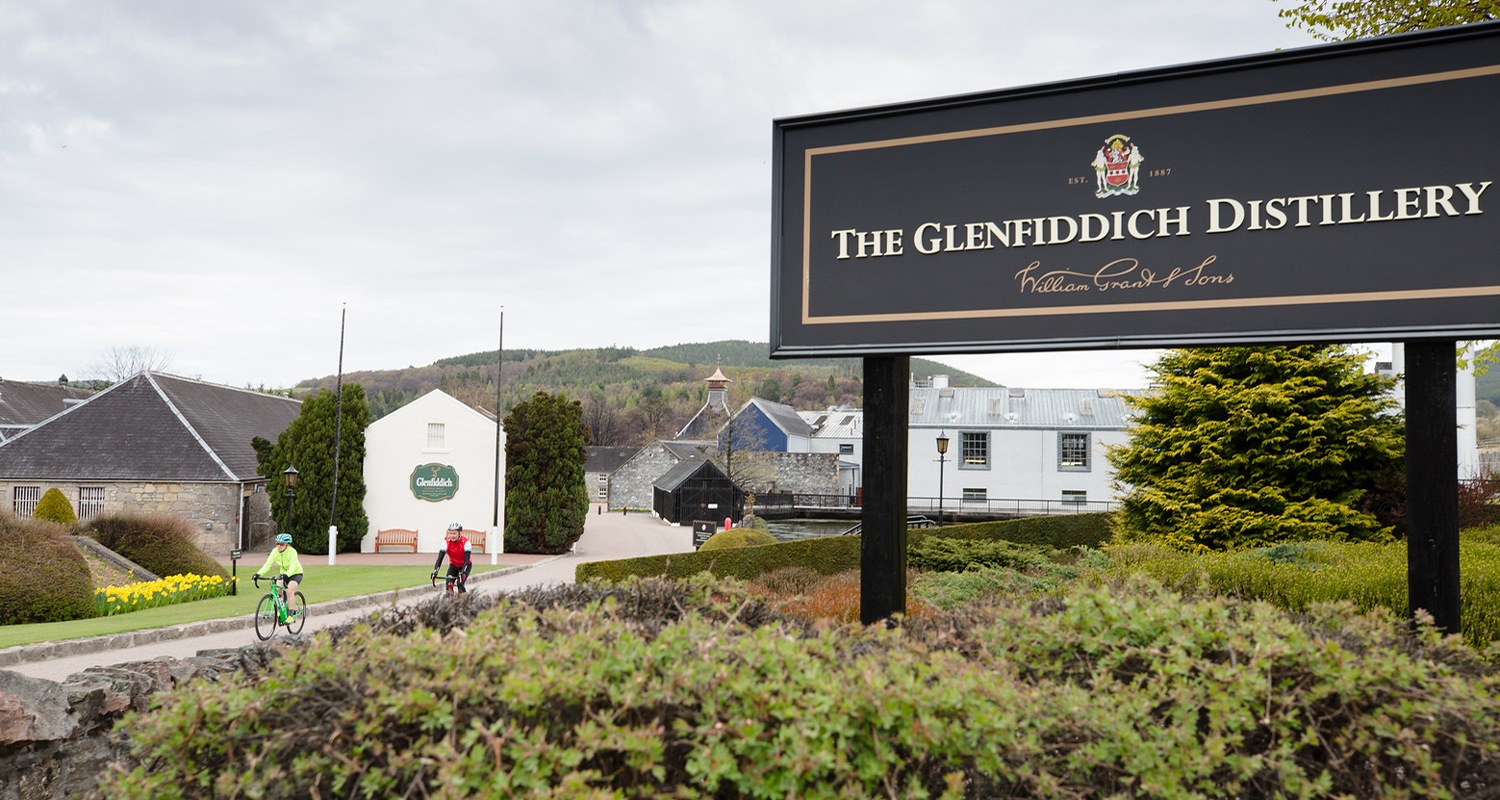 How did Whisky and Whiskey get their spellings?
This has caused many an argument over a dram as to how it should be spelled and in fact which country first started to produce whisky.

Whiskey with the “e” has also being taken across to America by the Irish immigrants in the 1700s. Once you get to Scotland, we can explain all over a dram or two. If you feel like buying me one, then I wont say no to a Balvenie Doublewood!

What is the relationship between cyclists and drivers in Scotland? You’ve mentioned to us before how the roads in Scotland are quite narrow. Does this make cycling perfect or are there drawbacks to sharing a tiny road?
We get regular feedback from our American riders about how patient and considerate the drivers are of cyclists, and we also pick the best routes where we know there won’t be as many vehicles. There are also a lot of passing places so we can be considerate too and let the faster moving vehicles past us when we can.

In my opinion we have some of the best roads for cycling in the whole of the UK. As we ride on some remote roads, they are the lifeline for the villages and towns we visit, so are generally well maintained.

The National Cycle Network has been set up to allow cyclists to enjoy these quieter roads and a lot of the routes follow these. The only drawback or riding on narrow roads is that sometimes you can’t always ride side by side and chat away to each other, but there are plenty of opportunities to be social on the road.

What is the riding culture like in Scotland? Is coffee as big of a deal there also?
There is a great riding culture in Scotland and the UK. It has really taken off since the popularity and success of our famous riders on both the road and the track.

I haven’t been a big coffee fan until recently, and I have started to ease myself in and usually stick to a latte! Whenever we ride, we always try to visit one of our favorite local cafes (there are plenty to choose from) for some coffee and cake. You can see some of them here.

We have seen a massive growth in closed road cycling events, and I have been lucky enough to take part in Etape Loch Ness, an epic route around the loch with around 5,000 other riders. I am always on the look out for the next event. 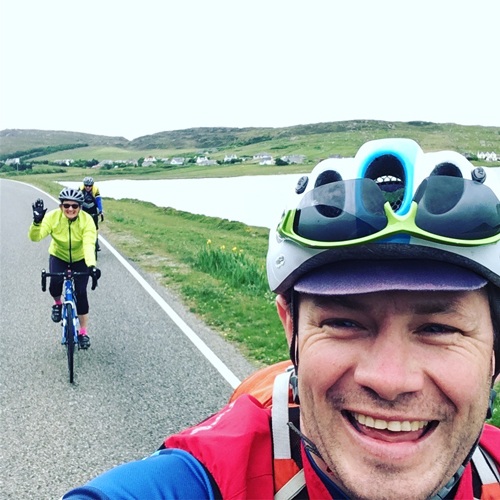 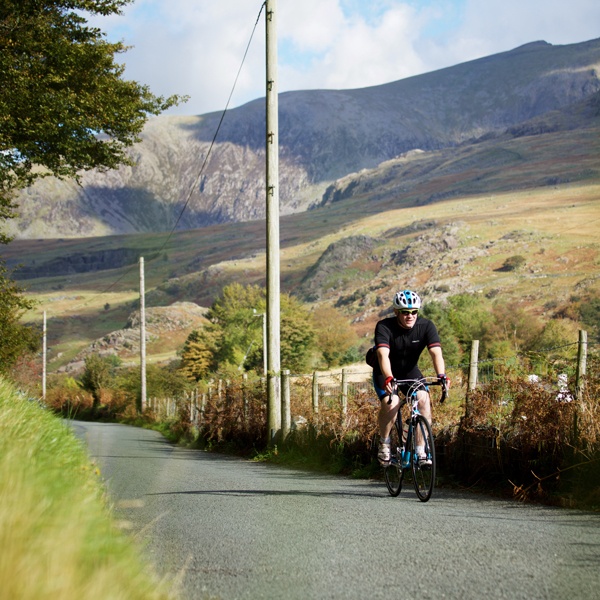 What is your favorite ride to date?
Without a doubt my favorite ride was back in 2016 when a group of friends and myself cycled LEJOG – Lands End to John O Groats, from the furthest South point of England to the Northern Tip of Scotland.

We took a slightly alternative route to the usual and spent 13 days consecutively riding. We averaged 80 mile days and soaked up the culture, food, and drink along the way. It was an absolutely epic and a once-in-a-lifetime cycle.

Where do you look forward to traveling next and why?
I am planning a trip to Ireland in 2019 to cycle from Mizen Head to Malin Head (South to North). The journey looks amazing, and I’m currently reading up on all the locations and climbs. I love the planning and preparation of trips almost as much as actually doing them.

Ireland has a lot to offer with the great craic, culture, and not to mention sampling a few pints of Guinness on the way!

Is Nessie real?
The Monster is a real mystery to us all in Scotland and across the world, but I’m certain there is something in the loch. People have dedicated their lives to finding it, and it has captured the imagination for decades. The loch is so vast it has so many places to hide, so much hasn’t been discovered yet.

2017 has just been a record year for official sightings for Nessie, so you will need to join us on the trip and the boat tour to keep your eyes peeled!

These braes were built to be discovered by bicycle.